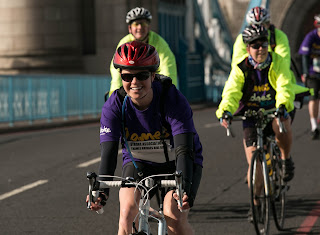 Ponies and Donkeys and Sheep... Oh My! Cycling Through the New Forest 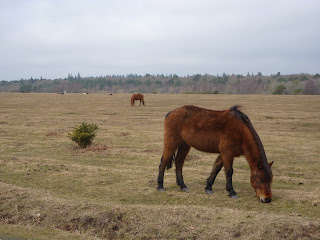 In my quest to shape up for the Thames Bridges Bike Ride ~(have you donated yet to my worthy cause?) happening in about a month, I decided to try some cycling in the New Forest, which is about 90 minutes from London. Since I -still- do not have my bike (thanks PruHealth!) I had to rent a bike. Luckily, Brockenhurst was not short of cycle rental shops, and I was soon on my way. 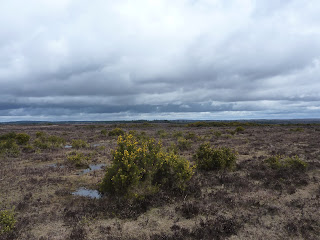 I loved the landscape of the New Forest, very beautiful. Oh and let's not forget the ponies. It's a bit creepy turning around and -poof- there is a pony. I said hi :o)

The New Forest is definitely... ermm hilly, although it does not look it. It is much hillier than London. And I am just getting over the flu and have not exercised in a a while. The whole thing did not go as easily as I hoped, but I did manage to huff and wheeze my way into the Burley Youth Hostel.
The YHA was very nice, although a bit off the beaten path. The only issue really was come 0800 the next day, no one was at reception and I needed to grab my bike! When I walked back at quarter to 9 someone was there... but I felt bad for the families and people who has ordered breakfast that morning.
I was feeling a bit sad passing by all the stops and areas for walking. The New Forest has roughly 100 miles of cycle paths and over 143 miles of walking routes. Enough to keep people busy for many weekends!

It was a quick 7 miles back to Brockenhurst, and with my impeccable luck, I dropped off the bike just before the rain started. Amid the rain I still managed to get in a quick walk and say goodbye to the ponies.
All in all it was a hair under miles. The things I learned:
1) I am worried about the comfort of my seat... and the comfort of my butt :)   After the first day it was not the happiest thing, and I was wearing cycle shorts.
2) Cycling when under the weather is potentially not advisable
3) Although the first day I did about 23 miles, considering how hilly it was I feel pretty confident for the London race
4) I got a bit more used to traffic... but it still freaks me out. And let's be honest, London traffic is something special :)
5) If I want to do multi-day journeys, I need a pannier. A backpack is a killer for long journey.

My route is below... I wish I had time (and the space!) to pick up some beers at Ringwood Brewery (I passed it right by on my ride).. another time. PS It did not take me 23 hours to cycle this, the Garmin app calculated my moving time to be about 4 hours. I know this is wrong, and looking at the Garmin, it missed my loop between Ringwood and Burley.. so maybe I cycled more than I thought!